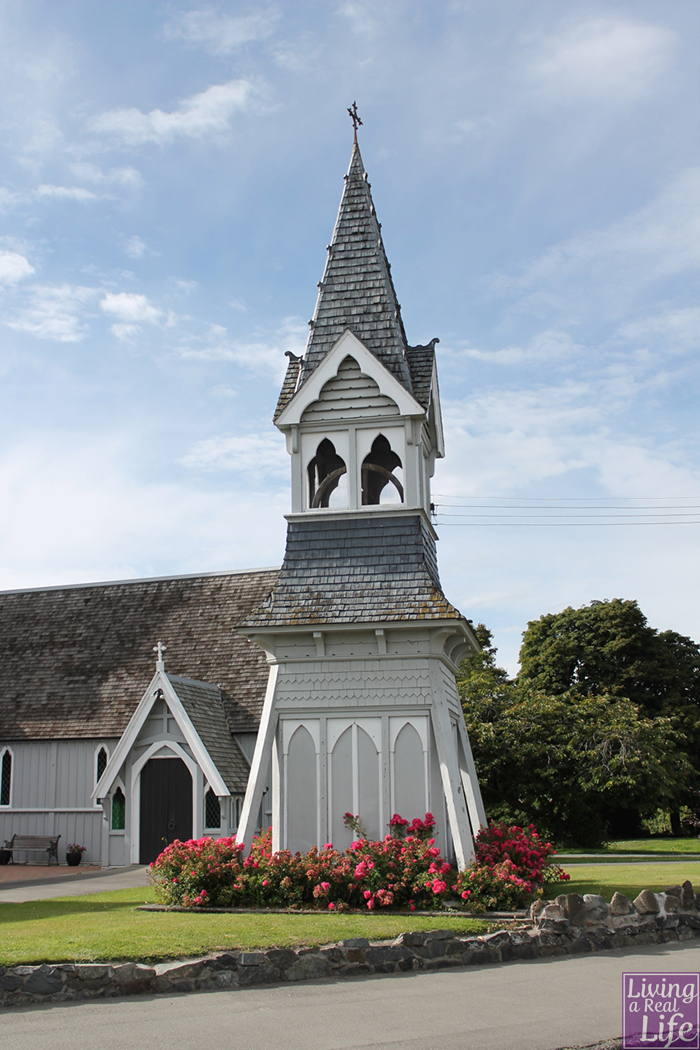 We spent Thursday night at Kelceys Bush just outside Waimate, a small town half way between Christchurch and Dunedin.  It was a lovely place, the owners Keith and Joy were very informative and they had lots of animals for Jesse to meet.  We were even treated to seeing some wild wallabies who came down close to the camp in the evening.  The facilities here were very basic but the atmosphere made up for it.  It was also very secluded.

We left there armed with piles of information about the best sights to see so we took a detour via the Benmore hydro dam which is one of the largest in the southern hemisphere.  What a treat this was – the scenery is some of the most beautiful I’ve ever seen.  There were three dams and we stopped at all of them.  Each one got bigger and we were awestruck by the beauty of the surroundings.

Along the way was a spot to see Maori rock art.  We were treated, not only to some ancient rock drawings, but to seeing some of the most amazing rock formations.

We stopped at Oamaru, which is a lovely place.  We spent a lot of time at Steampunk HQ gallery in the Victorian Precinct and Jenna was enthralled by the sculptures here.   Oamaru is full of beautiful old buildings and, if you’ve been following my blog for long, you’ll know how much I love old buildings.

My family have decided I have a “thing” for old churches because I always ooooh and aaaaah at the sight of them.  They are probably right.  They have suggested that I do a church tour of New Zealand taking photos of all the lovely churches I see.  They assure me though that I’d be doing that tour alone.

We also stopped at the Moeraki Boulders which are huge perfectly round boulders on the beach.  They actually look like huge eggs so we decided they were aliens waiting to hatch.  There were a few which had already hatched – wonder where those aliens are now.