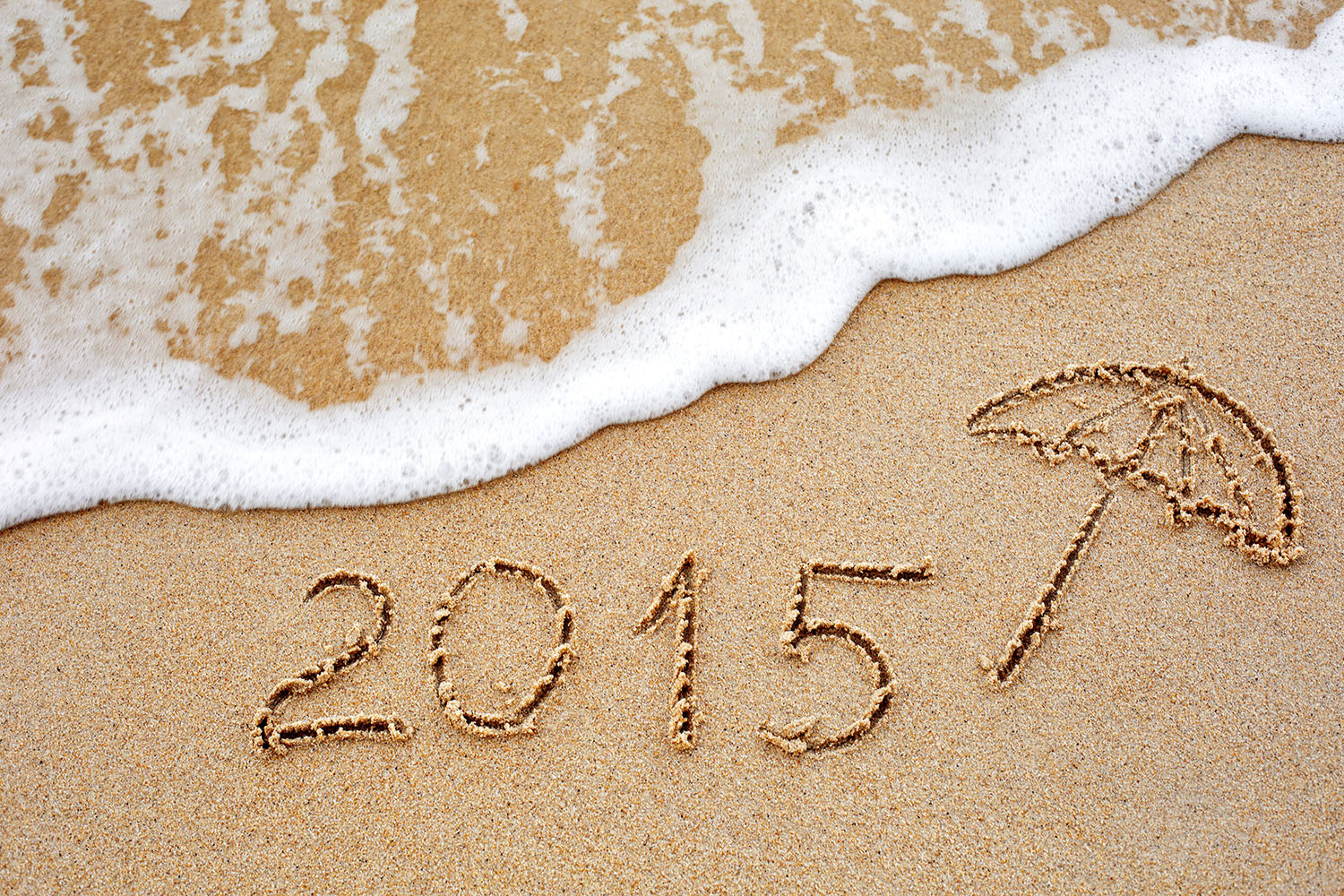 It's a bit late I know, bearing in mind that it's now February, but I've been relaxing and enjoying the wonderful weather we've been having here in Wellington.  It's been unusually hot and there's been no wind so we've been taking advantage of it.

I'll give you a quick round up of last year and then look forward to this year.  Last year was a bit drama filled for us which is probably why my blog posts were somewhat sporadic.  We moved house twice (the first time to a different city), family and health matters got in the way of anything else.

Some of you may have read that my husband had been very ill in 2013 - it continued into 2014.  In August 2013 he tore some muscles in his leg and ended up getting a staph infection in his hip joint which basically destroyed it giving him chronic arthritis.  Throughout 2014 we tried all sorts of natural remedies to try and regrow the cartilage but unfortunately nothing worked.  It got to the point where he couldn't walk without assistance.  In September he had a full hip replacement and it's changed his life.  He's doing very well now and is back to his fitness programme.  My Mum also had a fall and broke her hip late in the year, needing a partial hip replacement, so it's really been all about hips.

On a good note, I completed my herbal medicine diploma and graduation last weekend.  That also took lots of my time last year so I'm going to say that you will all forgive me for not writing so many blog posts as I should have - I was writing assignments instead.  I'm very proud of my diploma and I will shortly be starting my next course - herbal skincare.

I have a feeling that 2015 is going to be a great year.  I hope you're with me on this.  It's certainly started off with a hiss and a roar.  Happy New Year everyone - it's going to be a goodie!