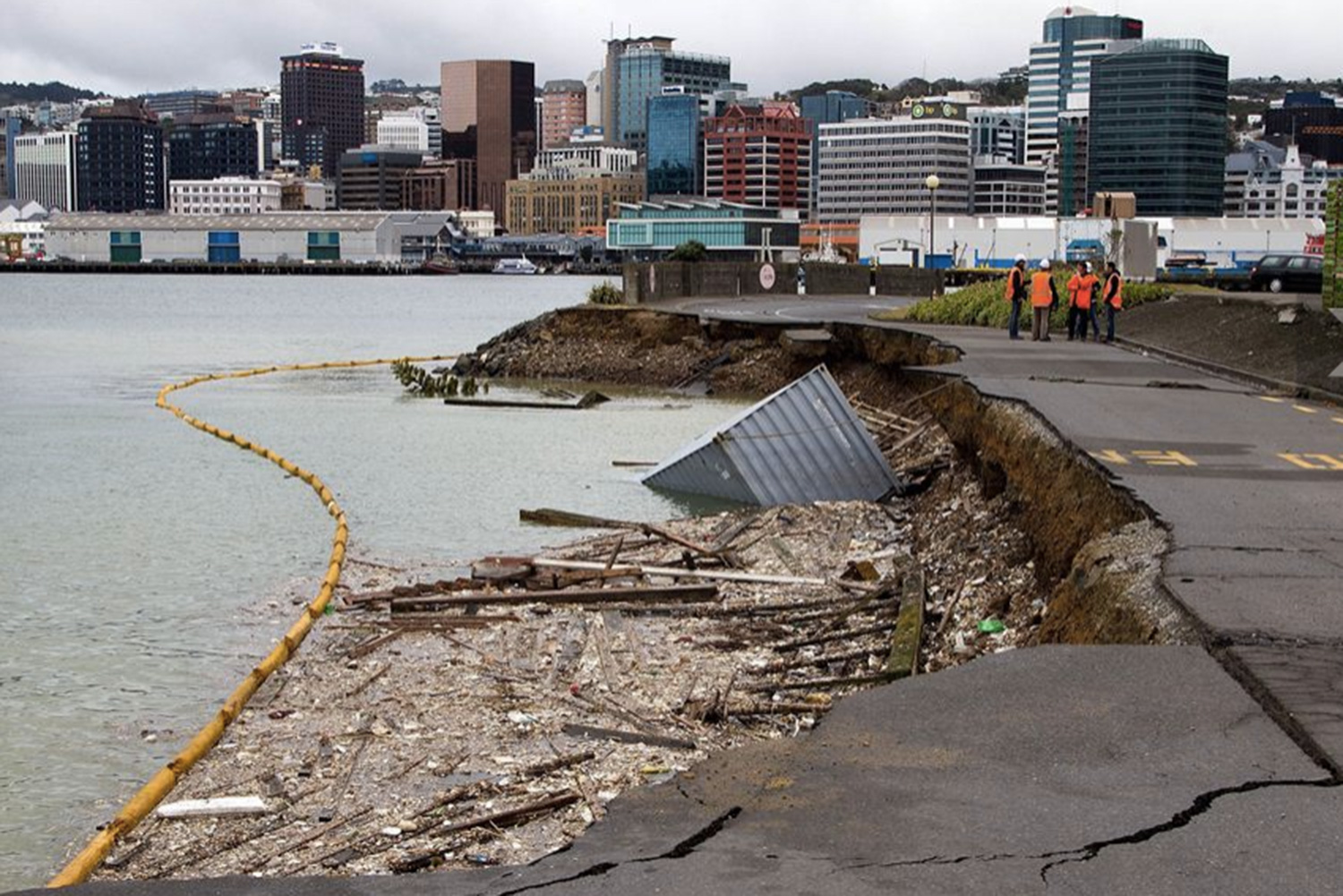 The Earthquake - Our Experience

Well, it's been a really interesting 36 hours here in Wellington.  At 12.02am on Monday morning there was a 7.5 magnitude earthquake centred in Kaikoura south of us.  This is what we felt and what happened next.

I awoke with the quake and woke Andy.  I rolled off the bed onto the floor, squeezed my eyes shut and waited for it to pass.  Whilst lying there I was thinking about the stuff on my bedside table that might fall on my head, then my thoughts moved to - is it ever going to end and - when's the big jolt coming.  It was an unusual earthquake - there was no jolt.  It just continued to gain intensity and it went on for a really long time.  It felt like about 10 minutes.  I know it didn't go on that long but it felt that way.

Meanwhile, Andy jumped out of bed and stood up.  He was telling me he could see blue and green lights in the sky and was fascinated.  I was wondering why the hell he wasn't lying on the floor like me.  Jesse also jumped out of bed and protected himself.  Good to know that he knows what to do.

Once it was over, we did a quick check to make sure there was no damage - there was none thank goodness.  We were pretty shaken up so we got up and made hot drinks.  We all voiced our hope that it wasn't Christchurch again and that there was no devastation.  God knows Christchurch has suffered enough.  We listened to the radio and heard that it was centred near Hanmer Springs, but at that stage there were no reports of damage.

My heart was still pumping about half an hour later so I wasn't ready for sleep.  In fact, it took me about two hours to go back to sleep.

At 3am I was again awoken by the Civil Defence Siren.  We weren't really sure what to do.  I've never had this happen before so I woke Andy and we were kind of confused, to tell the truth.  I rang the Police and was on hold for about 15 minutes.  We listened to the radio and heard that there was a tsunami warning so we knew it was time to move.

We dressed, I was thinking about things like wearing sensible shoes and a warm jacket.  I woke Jesse and gave him a terrible fright.  I told him to get up and get dressed quickly but he thought I told him to get out of the house quickly (he thought the house was on fire).  I managed to stop him before he reached the door and said "get dressed, we have to go".

The Police finally answered the phone and they weren't particularly helpful.  They said, "If you feel you need to, move to higher ground".

We grabbed sleeping bags and some food but I wasn't thinking clearly.  I went out into the street while Andy was grabbing stuff from the garage.  As most of our neighbours weren't awake we started knocking on doors and managed to wake people.

We got in the car and headed for the closest hill but the traffic was crazy and it became apparent we weren't going to be able to make it up there.  We turned around and headed for Upper Hutt.  We ended up in a cul-de-sac in Stokes Valley with quite a few others.  We made some new friends.  We were all in the same situation and we talked with them about where they had come from and what they had seen.  They had all come from further away than us so they could add more information about what was happening.

We really didn't know what to do - we all felt the same way, sharing information, listening to different radio stations and trying to piece together what was going on.

Our area was removed from the red zone so we finally got home around 5.45am.  We were evacuated because they were predicting a 5m tsunami wave and we live close to the river.

Over the next 24 hours there were many aftershocks - I think the latest count I heard was 385!  We've felt many of those and I've been on the floor a few times.  They've also predicted that there may be another big one so we're all on edge.

To be honest, we weren't prepared enough.  That has now been rectified.  We have food, water and other supplies packed and ready to do.  We have an area in our garage designated for readiness supplies.

We need a plan - not just how to get out of the house but where to go. What to do if Jesse was at school - where should we meet, etc.

The community is amazing - no matter who they are, a crisis of this magnitude brings people together.  There was a lovely young man from one of the houses where we ended up, who offered to give us hot drinks and let us use their toilet (we took him up on this offer later in the morning).

Jesse's school was closed for the day and then the high school was closed on Tuesday as well while the structural engineers did their thing.  Thankfully there was no damage.  They have just rebuilt it and I'm glad to know it meets earthquake requirements.

Initially it seemed that Wellington had suffered quite extensive damage but it now appears that it's just superficial.   There are a few buildings which won't be able to be occupied for some time and those reports are still coming in.

We are shaken and acutely aware that the earth is still shaking.

Today Mother Nature has given us a second blow with severe weather - we have flooding and there are many roads in our area that are closed. Jenna came out this morning and I believe she will be stuck here over night.  This will hamper the clean up process.

So we're staying home and enjoying each other's company.  Jesse is in the middle of his NCEA exams - he had one yesterday - after 3 hours sleep he had a 3 hour exam.  He had no exams today, just study time so he wasn't due to go to school anyway.

For now, we are hanging onto our hats and hoping the shaking stops and the water doesn't rise high enough for our house to float away.