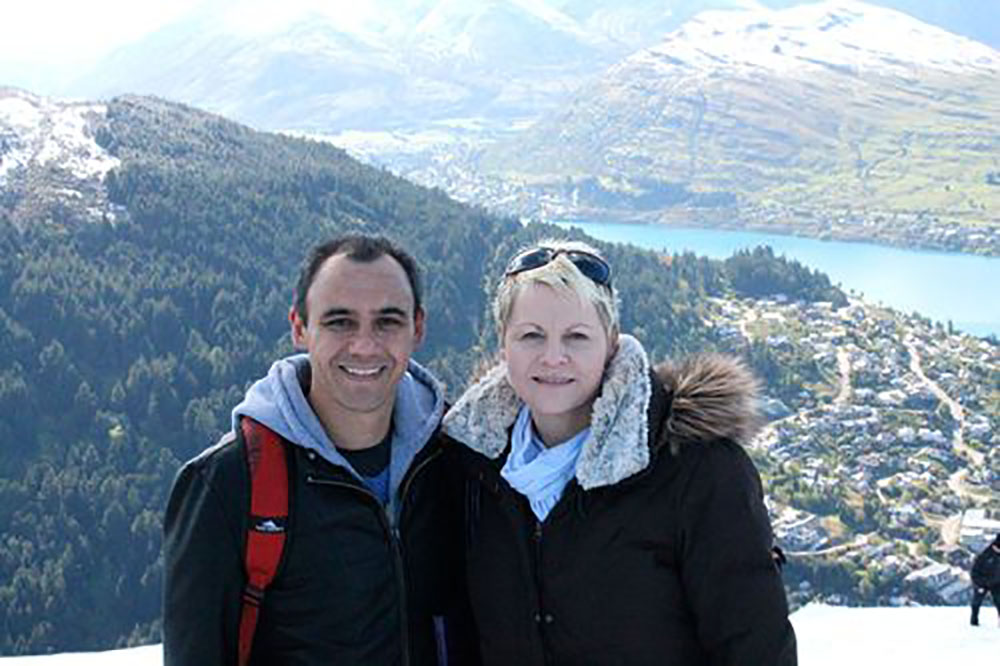 Over the last few months we've had a bit of personal drama in our lives so Andy and I decided that it was high time we got away, just the two of us, for a long weekend.  Wellington weather (wind) has not been kind lately so we were a bit worried whether we would even get off the ground.  We did, but not before we'd sat at the airport for two hours listening to all the other flights being cancelled, including the flight bringing the pilot of our plane to Wellington.  Anyway, we finally got on our way to Christchurch, a little late but better late than never!

We had a few hours lay over in Christchurch before getting on our plane to Queenstown so we caught a bus into the city (fyi if you ever do this, make sure you catch the bus from outside the airport, not in the actual airport grounds - it's much cheaper).  It was really sad to see the devastation from the earthquakes - beautiful buildings half falling down and boarded up.

We got back to the airport only to find that our flight had been delayed - we ended up getting flown into Invercargill and having to take a 3 hour bus ride to Queenstown.  Not the best way to travel to Queenstown.  Anyway, we finally arrived at our hotel at 1am Saturday morning - and then I slept for 12 hours - yes that's right 12 hours.  I know, it's unheard of!

Anyway, the weather was pretty crappy on Saturday but we were still blown away by the view.  What we didn't realised is that the view would get much better once the sun came out on Monday.  This is the view from our hotel bedroom. (I took this photo on Monday before we left.  On Saturday the mountains were partially covered in cloud).  You can see why the call them the Remarkables right?

On Saturday afternoon we walked down into the town and got a feel for the place.  A beautiful small town with lots of tourists.

We also spent time relaxing and enjoying the fact that we didn't have to be anywhere or do anything.  It was a much needed break!

Sunday the weather was even worse so we decided to rent a car and go for a drive to Glenorchy, a tiny town about 45 minutes away.  While we were driving it started to snow - remember that in New Zealand, October is right in the middle of spring and it shouldn't be snowing but it was.  We were thrilled though, it reminded us of Canada.  There wasn't much happening in Glenorchy, except the town fair which was rained out, so we had a coffee and turned around and drove back.  There was a lot of flooding though as you can see from the photos.

Monday was a stunning day.  The sun was shining and the it had stopped snowing, in fact it got really hot, something I was not dressed for!  We went up on the Gondola and took photos from up high.  We played in the snow and watched the hang gliders. It truly was a magical day.

I've uploaded a pile of photos to the gallery so check them out.