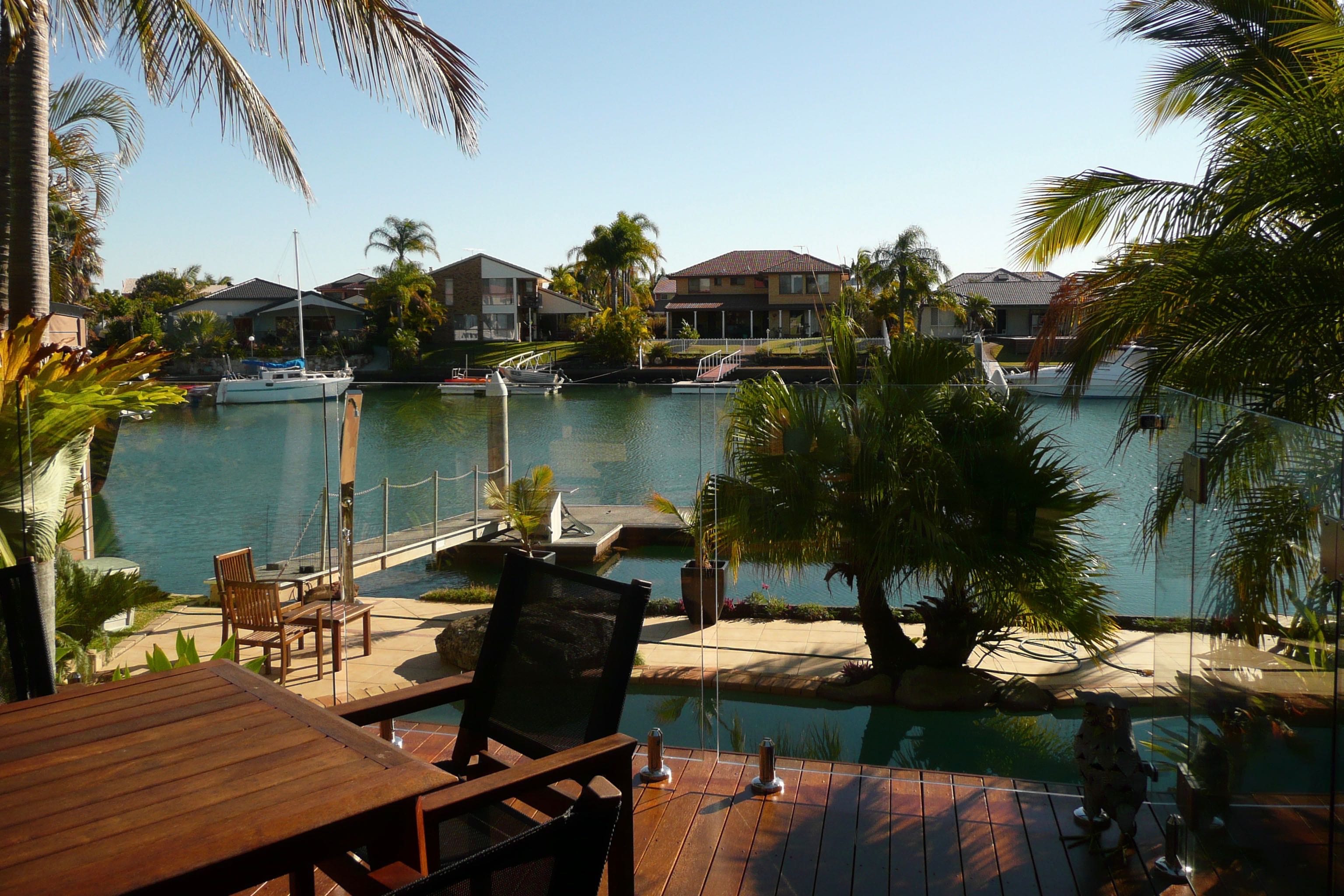 Gosh, I just looked at my blog and realised that it's been well over a months since I've written anything and there is no excuse, except of course that life has just gotten in the way.

To update, lots has happened, Andy and I spent a few days on a tropical island, it snowed in Wellington, Andy started work, I've had a nasty virus that just won't leave me alone and life has just been very busy.

About a month ago Andy and I flew to Brisbane for a wedding.  Our friend May, who was Andy's boss over 17 years ago, was getting married.  What a wonderful time we had.  The wedding itself was on Moreton Island at the Tangalooma Resort.  It was amazing.  We arrived in Brisbane on Wednesday and were treated to a lovely day loitering around the house with May and Phil. Their home is so beautiful, on the side of a canal.

We spent Thursday in Brisbane, just checking it out.

On Friday we went over to Moreton Island on the ferry.  Wow, what a treat.  We stayed there until Monday, then flew home Tuesday.  I'm not going to write too much about the time we spent, simply because I don't have time right now but I thought I'd at least share a photo of the happy couple.

It was a beautiful wedding, unfortunately, it rained during the ceremony so it was very short and the signing of the register was completed indoors.  I should add that this was the only time it rained the whole weekend.

This was the first time we've been away and left both our children at home alone.  I made great plans so that there were back up plans should anything happen.  The one thing I didn't (and could never have) plan on was that it snowed here in Wellington while we were away.  My Canadian friends won't think much of this but it's Wellington - c'mon!  Poor Jesse was unable to go to school because the road was closed, therefore the bus couldn't run.  On the second day the school was closed.  He ended up going to work with Jenna and then my friend Lisa came and got him and he spent the day with her.  Thanks Lisa.  The weather here has been really crazy.  A couple of days ago there was about 3 inches of hail lying on my deck for a few hours and then an hour later the sun was shining.  Must say though that I'm so over this winter, can't wait for the summer sunshine. More photos.