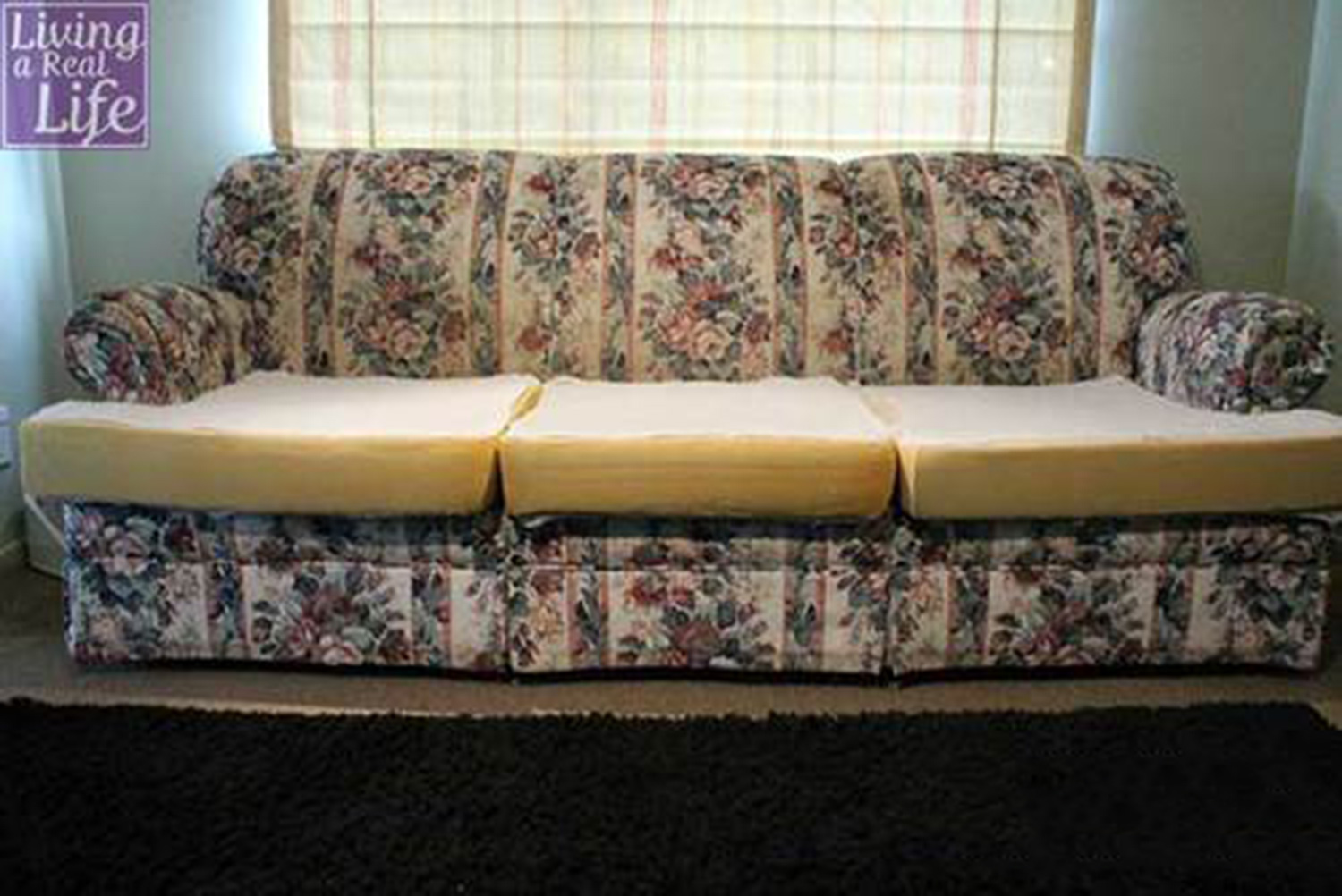 We have acquired a second television set and decided that it would be good to set it up in the small space off the kitchen.  With quite a lot of effort from Andy last weekend the house was rewired so that the cable was coming through the floor in the correct place.

Last night we were telling our friends who were over for dinner that we wanted to pick up a sofa off the side of the road.  Now you might think I'm crazy when I say that but to be honest, it's quite a common occurrence here as people put all sorts of things out on garbage day.  We also have a rocking chair which was acquired from outside someone's house and a very nice round side table.

As our friends were leaving, they pulled out of the driveway and Michael summoned us over.

There at the end of the street was a good quality sofa sitting on the grass waiting for someone to take it away.  Talk about the planets aligning!

Andy and Mike lugged it back home.  We sat in the driveway and took photos.  We were laughing so much our neighbours came out to see what was going on.

Unfortunately, with all the best efforts in the World, it wouldn't fit through the front door or the back ranch slider so they ended up having to take off the ranch slider doors.

Once inside we realised that it was very grubby but nothing that a good shampoo and some nice new slipcovers won't fix (it had cushion covers but they weren't staying - yuck!).  The main thing is that it's sturdy and the springs are good.  There is just one problem, it's actually too big for the space as it's a full sized three seater.  We will figure it out though with a bit of rearranging.

Just shows you - you should be careful what you wish for - it's likely to turn up when you're least expecting it.