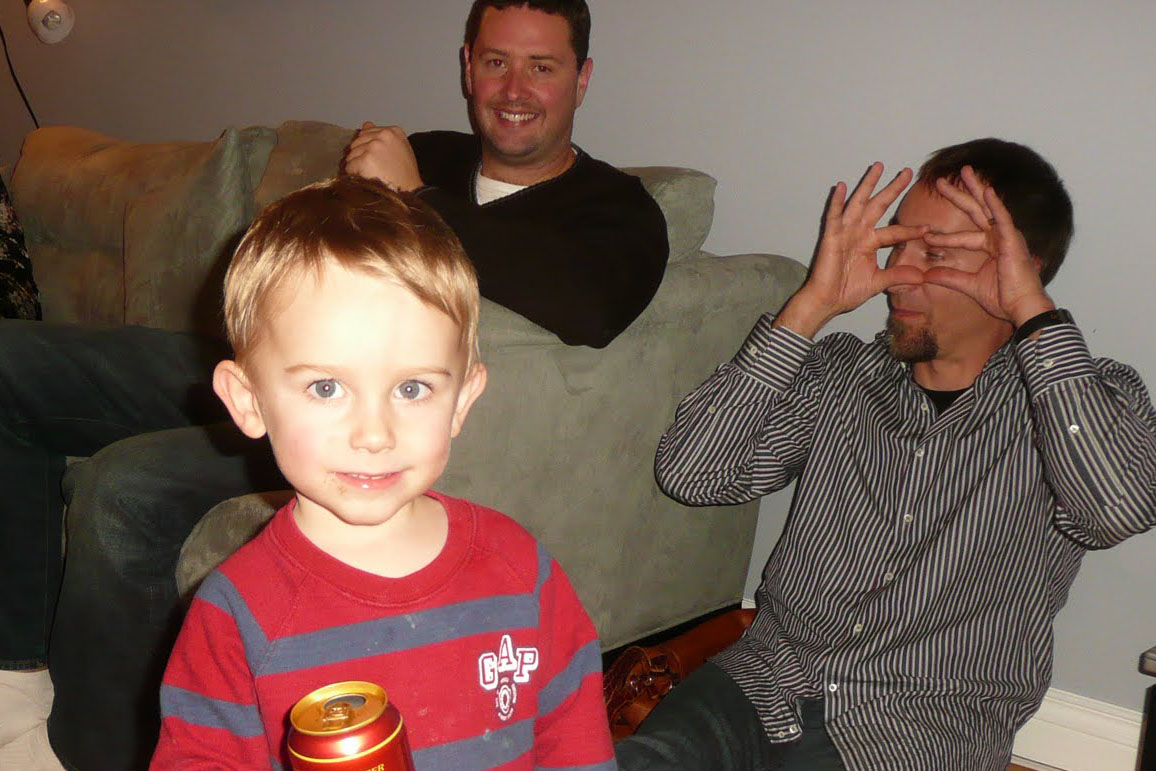 This is Ryan our youngest guest with his Dad Jamie. Don't worry, he's actually drinking water from that beer can. He amused us all by raising his can and calling "sociable" which is apparently something that's done in West (I think) coast pubs. When someone yells "sociable" everyone else in the bar raises their glass and calls the same. We did ask which one of Ryan's parents have been taking him to bars. Jamie assured us it was his mother.

Bryce is laughing in the background.

Now that we are finally settled in our house we decided to have a house warming party. We invited over 30 people and 21 attended. We had a great time and served a real Kiwi dinner which was novel for our Canadian friends and a touch of home for our Kiwi friends.

The party was great fun and our guests appeared to be having a good time.

Thanks to everyone who attended and helped to make our first Canadian party a huge success.