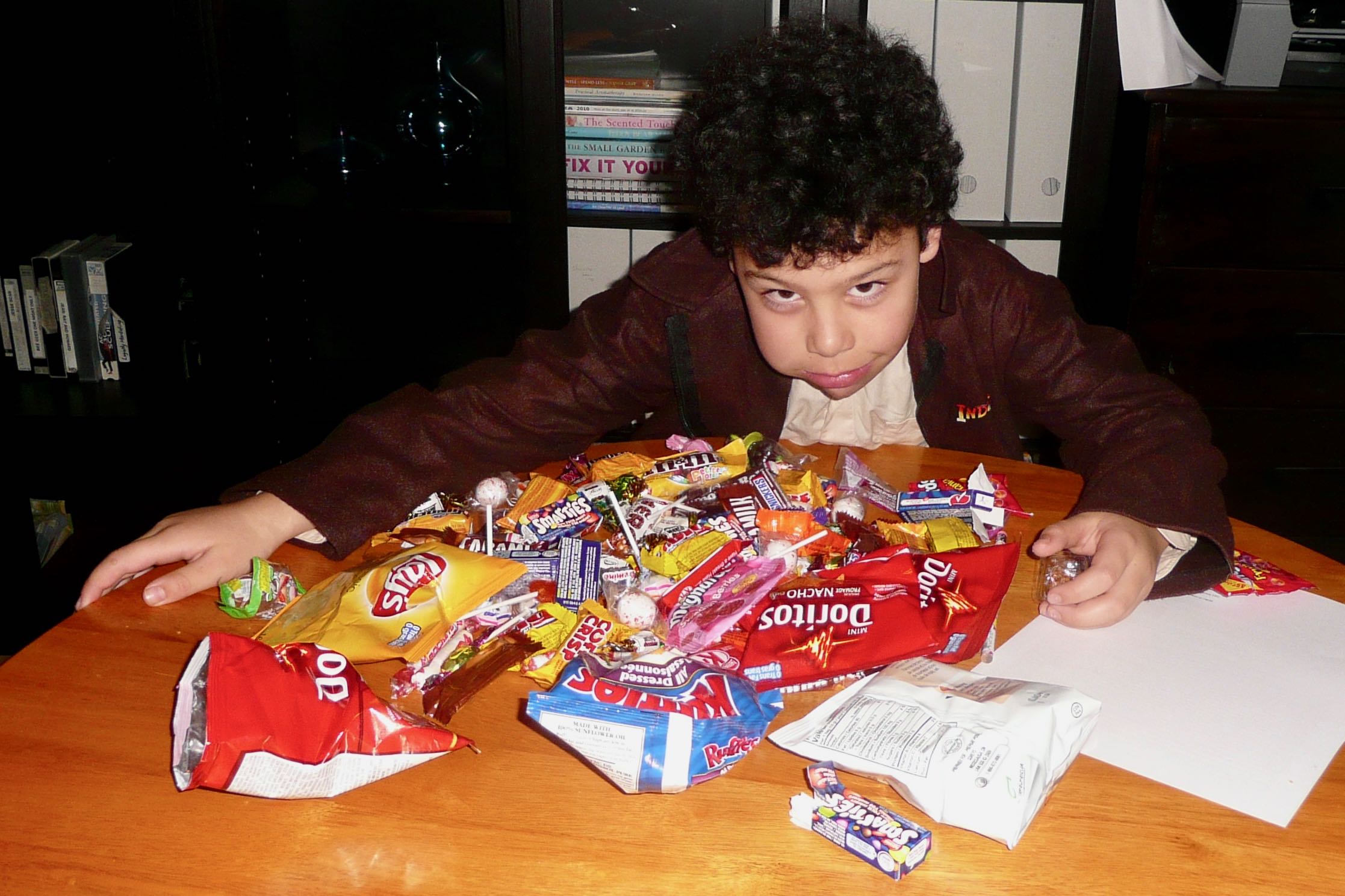 It's Monday after Halloween and I must say it's been a very interesting couple of days. It all started on Friday when we collected Jesse from school. His communication bag (where his book is kept that tells us what he gets up to at school) was filled to the brim, not with books, but with candy.

There were people coming out of the school with HUGE pumpkins and trays of halloween cupcakes. We were forgiven for not knowing the protocol but a lot of the children had brought food to share and loot bags for their friends.

Jesse told us that they had a very exciting day including a shared lunch and a haunted house and jack-o-lantern carving. Sounds amazing. He also said that they did some work at school too.

He was very excited.

Andy and I had been in to get him a costume earlier in the day (hey, I had been sick so wasn't capable of making one). Last week there were isles and isles of them but this week there were only a few left. We ended up getting him an Indiana Jones costume which needed some "customization" but it looked good on the night. Andy went as a scary clown.

Saturday was spent "preparing". We carved out a jack-o-lantern - OK it was a bit late but as I said, I had been sick.

So the night was here! Jesse and Andy went with Jesse's classmates to trick or treat and collect non-perishables for the foodbank - they collected 83 items.

This is Jesse's haul.

I stayed home to greet the trick or treaters - there were about 30-40 visitors, a mixture of witches and fairys and Jason like characters with slasher knives. The cutest one though was a little boy about 18months old wearing a lion suit.

Jenna went on a pub crawl through Toronto dressed as the Joker.

After Andy and Jesse returned home Andy joined Jenna, still dressed in his costume. When they arrived home at 2am which was actually 3am because daylight savings changed (or is it the other way around???) they were chattering about how many people were dressed up and how exciting it all was.