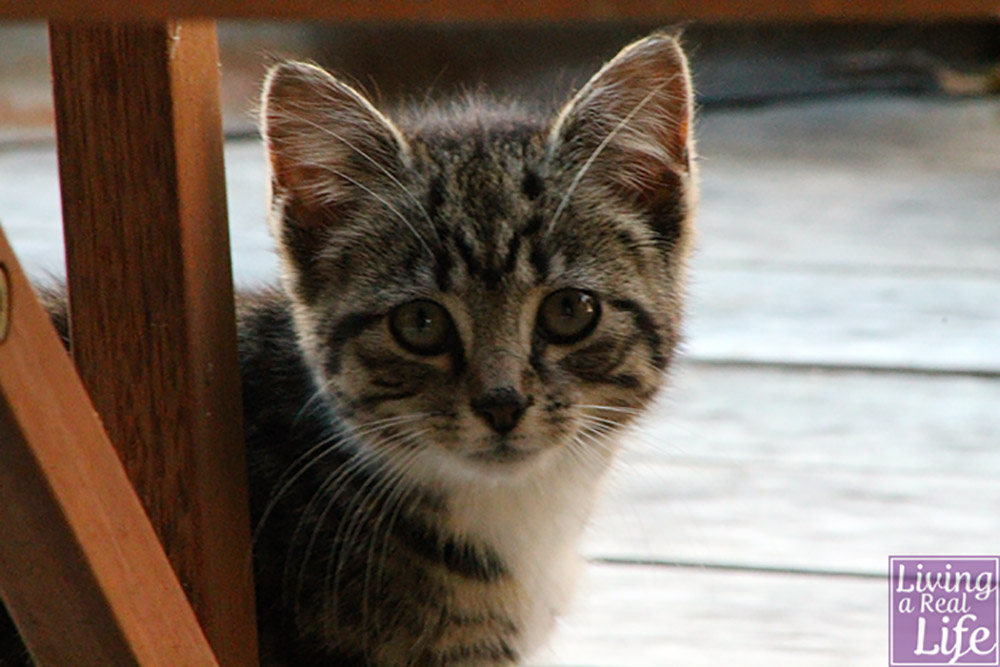 A Cheetah Comes to Stay

When we came back from holiday a few weeks ago the smallest member of our family, Cocoa had a new friend - a beautiful little grey tabby kitten.  She's been hanging around ever since and it was obvious she was hungry (starving) so we started feeding her.

A month on and we've all but adopted her.  We think she was probably mistreated because she's still very scared of humans (she comes inside the house and hides under the couch) but every day she gets a little braver.  We have decided to name her Cheetah because her facial markings look just like that.

Yes, you can say it - I'm bordering on becoming a crazy cat lady - for someone who instructed her husband and children on the first trip to the SPCA "one adult cat only" (came home with two kittens Rosie and Twinkle) it's a huge stretch to now have three but she's just way too cute and way too lonely.  Cocoa and Cheetah play together and Cocoa seems to have adopted a mother role which is nice.  Rosie looks on with disgust that we have yet another furry friend.

I swear though, that's it!  No more cats!