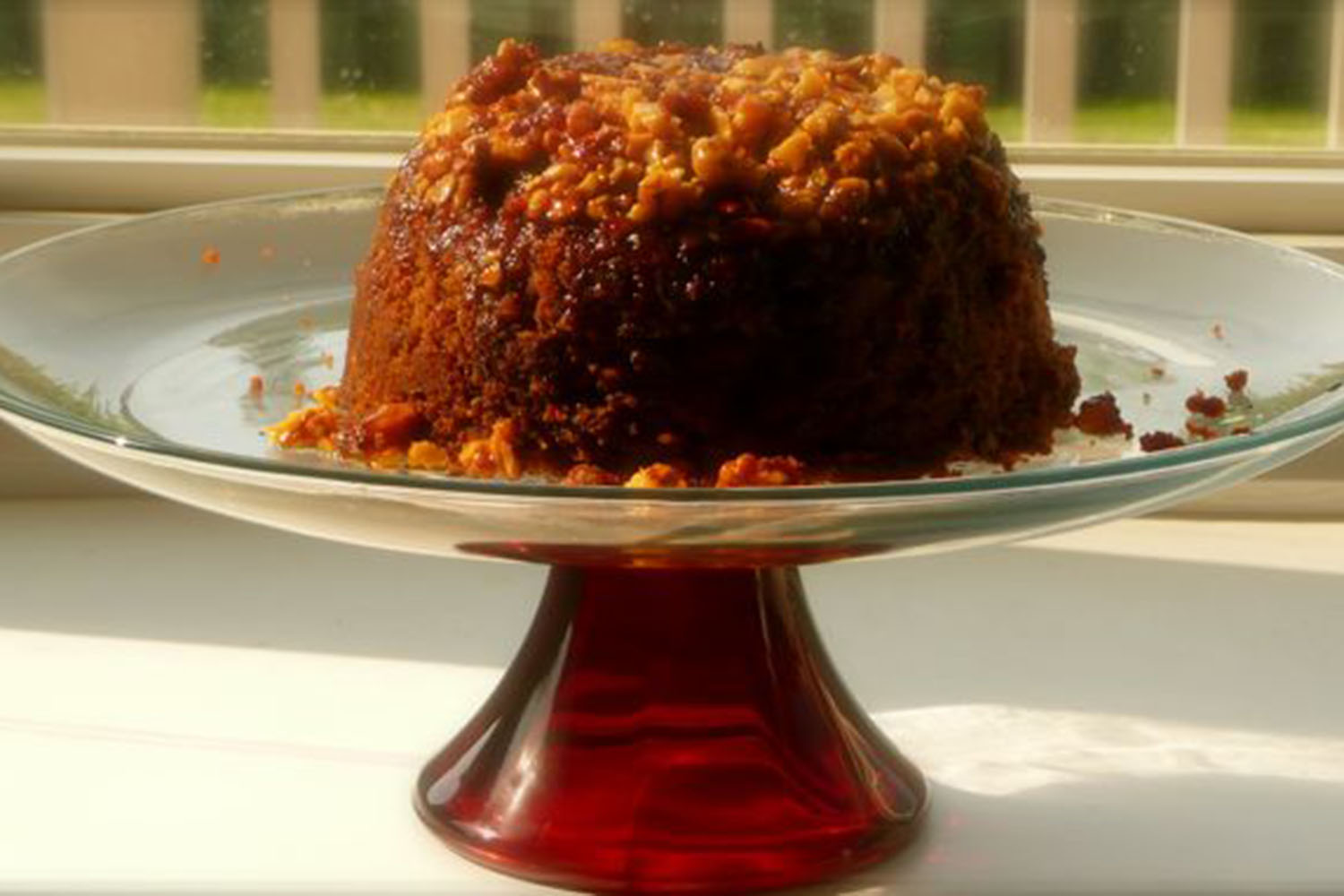 It's also extremely easy to make.  You obviously need to plan ahead a bit as it does take 2 to 2 1/2 hours to cook but it's one of those recipes you can just get it started and forget it.

It also has a lovely crunchy, nutty topping.

Pudding basins or steamers can be found easily in New Zealand, in second hand shop or new.  I found it incredibly difficult to find one in Canada and in fact, they had no idea what I was even talking about.  This is what I wanted.

I ended up buying this stainless steel basin from No Frills and it cost about $4.  If you can't find a pudding steamer like the one above, or just don't want to buy one, you can make your own using a bowl. Make sure it as a good lip at the top so the string doesn't slip off. This is the one I used.

You will also need a pudding basin, some greaseproof paper and some cotton string.