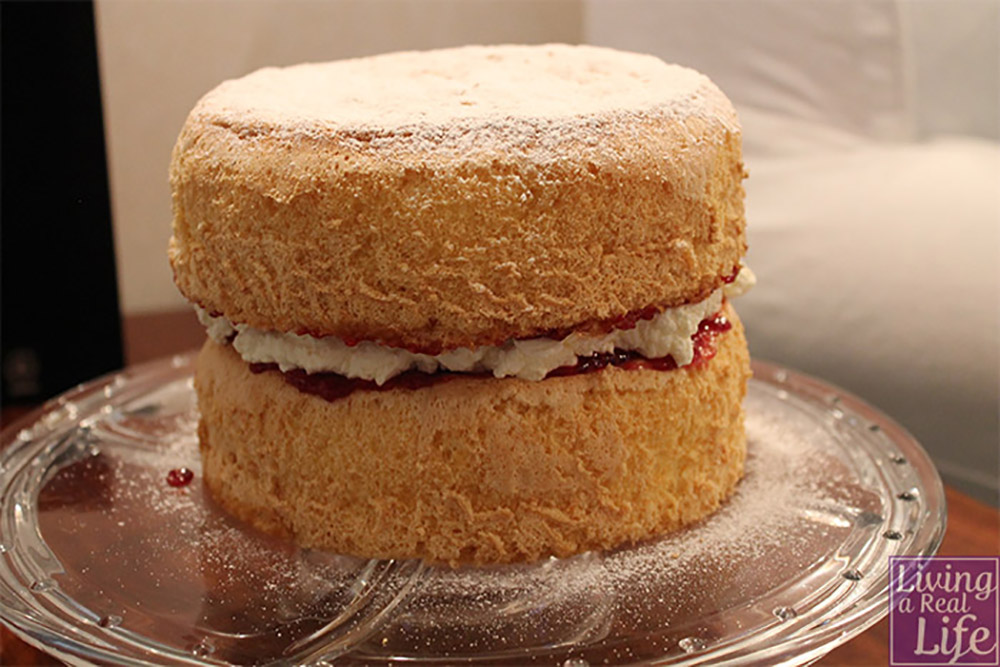 This is a wonderful, light, feathery sponge cake and it's really easy to make.

Preheat the oven to 180 degrees celsius.

Separate the eggs.  Beat the egg whites with the salt until stiff.  Gradually add the sugar, beating between additions until the sugar is dissolved. Add the egg yolks one at a time while continuing to beat.

Sift the dry ingredients three times.  Carefully fold this into the egg mixture.

Divide the mixture between the two tins.  Bake for 25 minutes or until a skewer comes out clean. Don't open the oven until at least 20 minutes or the cake will drop.

After running a sharp knife around the edge, drop the tins on the floor to expel any additional air.

Turn out onto wire racks to cool.  Once cool, spread the base of each cake with raspberry jam then add whipped cream and put together.  Sprinkle with icing sugar.

Stand back and watch it disappear!