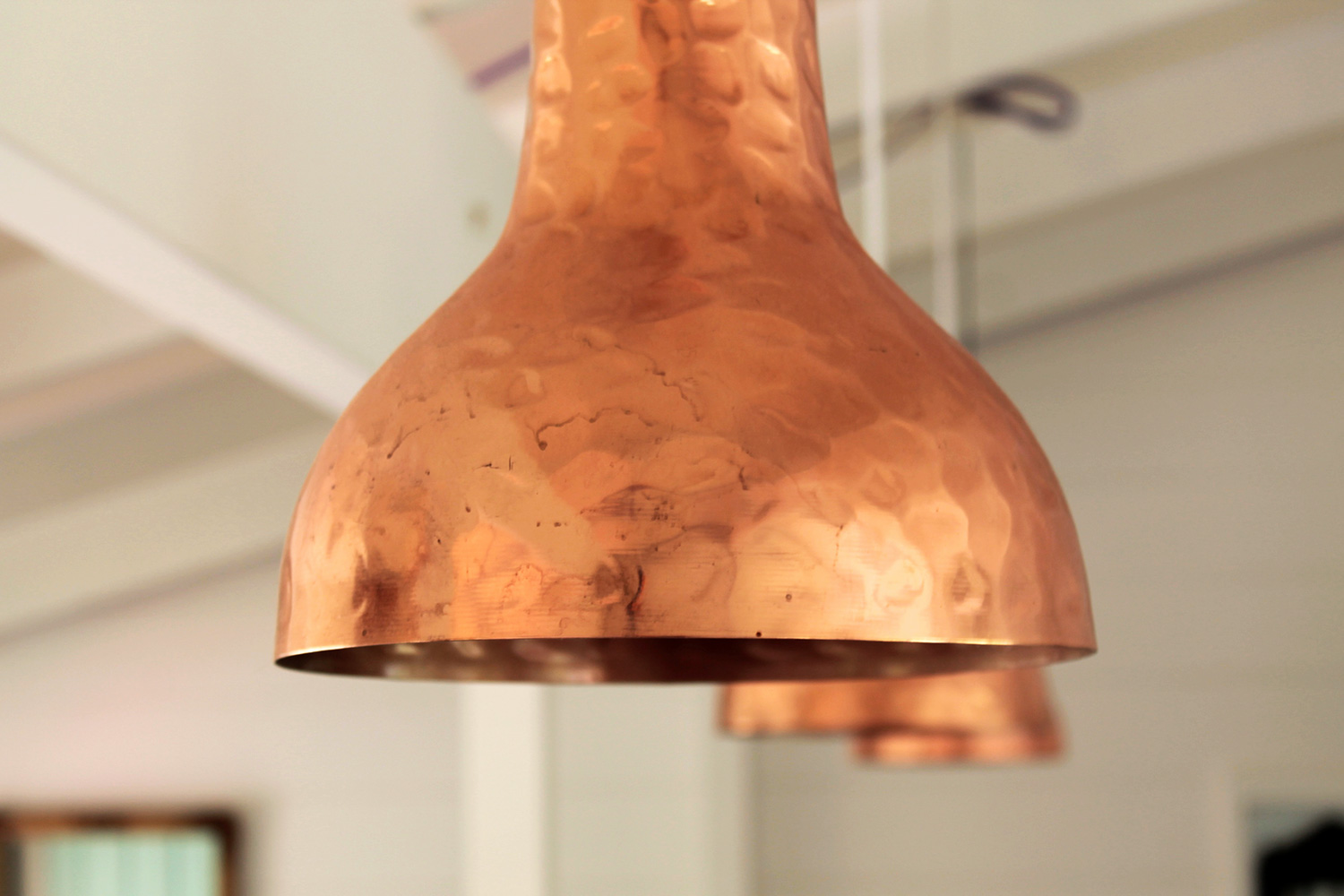 I know, I know, I haven’t revealed the kitchen yet, but it is close – I promise.  In the meantime, I thought I’d share with you our new lights and talk a bit about the wiring in our 1970s Lockwood.

The first thing to mention is the Weetbix ceilings!  Builders joke that lots of 1970s houses (Lockwoods included) have Weetbix floors. For those who may not know, Weetbix is a breakfast cereal. When you add milk to it, it goes mushy which is exactly what happens when the chipboard that is used for the floors and ceilings in our house gets wet.  This is why we’ve had to replace a good portion of the floors.

The next thing to tell you is that we have no roof cavity – it’s just the Weetbix ceilings and then the corrugated iron roof.  This means two things:

So, what is the effect of 40 years of lying in the sun?  You guessed it, they are pretty dried up and wrinkled – well you would be too if you’d been lying in the sun with only a sheet of corrugated iron to protect you. You’d be feeling a bit cooked – and that’s exactly what happened to our electrical wires. When the electrician was here rewiring for the kitchen, he pulled the old wires out and they literally crumbled in his hands.

You know what that means – expensive! Yes, we have to have any wires that are in the ceiling rewired!

I’m going to show you some photos now and you’ll see we have these wonderful purple wires running all over our ceilings.  This is the new wiring.

Now the electrician could have run the wires back between the ceiling and the iron but this seemed pretty pointless as the same thing would happen again, so given that we also need to insulate the ceiling we have come up with a cunning plan.

Our plan is to add a layer of polystyrene insulation and then add Gib Board (drywall).  Don’t fret, we are not losing our beautiful beams, they will just be a little smaller.  I saw recently that Sarah Richardson (my absolutely favourite designer) had used this exact technique to insulate this house.

Anyway, we are not quite there yet – still have colourful wires running around but that’s OK, for now.

I know you are expecting to see some new lights so, here goes.  I found these lights just after we moved into this house and yes, I bought them at The Warehouse. For a quick moment, The Warehouse sold these – and the best part – they were $12 each.

Aren’t they beautiful? I just fell in love with the copper and that decision has influenced the direction we’ve taken on other things in our kitchen.  More on that next week!

Unfortunately, I could only get four of these beautiful lights, but I fell in love with them and, at the time, we hadn’t decided what we were doing in the kitchen/dining/lounge so I thought that four would be enough.

Turned out we actually needed five so I bought this one as well.  Which is the same beautiful copper but a very different style.

They actually look pretty good together but I’m not going to show you because that would give away too much of what we’ve done in our kitchen.  Yes, I’m going to make you wait for the full reveal for that.

So, what do you think of my beautiful lights?  Leave me a comment and let me know.